Another handy tool is the tile and square layout laser, which makes it much easier to plan and execute just about any type of tile job. Most are capable of adjusting the angle of the laser, allowing the user the option of a 45 and 135 degree layout if they so desire. Most users find the layout laser much more convenient than the old method of string and chalk, and this product is highly recommended for anyone planning on tackling a tile job in the future. 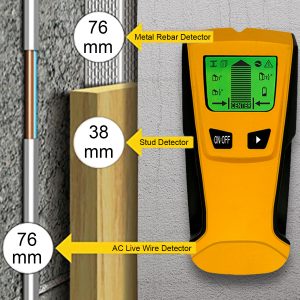 Even something as simple as hanging a picture frame has become easier with the progression of technology. Whereas one used to have to ping lightly on a wall with a hammer, listening for the telltale muffled thump of a stud, automatic stud finders are now available and affordable. Basically, the automatic stud finder measures changes in density behind the wall, alerting the user when it is passed over a stud and giving the DIYer an idea of where they should be aiming to drive a nail. 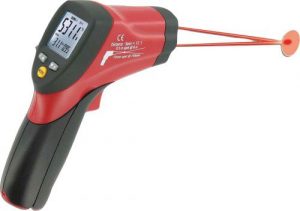 Another neat addition to any DIYer’s toolbox is the non-contact infrared thermometer with laser designator, which allows the user to obtain an accurate temperature without having to directly contact the component at hand. These are often used when doing electrical work, where components can sometimes be too hot to safely touch. An infrared thermometer can also be used to detect air leaks and drafts, as well as troubleshoot poorly insulated areas of a house.

A few decades ago, most of these gadgets would have fallen into the realm of science fiction, but as technology moves inexorably forward and is incorporated into everyday household items, the average toolbox is getting more and more advanced, opening the door for people who may have been leery of tackling a DIY project and giving many that little bit of extra confidence.  Embrace technology, use it to your advantage, and look around.  I bet you have more technology around you than you realize.